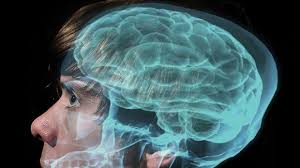 Last week I wrote about a man named Suffian who had recently made a profession of faith in Christ. In the testimony I wrote about how he had been convinced, in part, by dreams. As soon as I sent the email I realized that I could be easily misunderstood by readers. So let me flesh out what I think about Muslims having dreams and visions of Christ.

#1. The reality of the situation

If you have ministered around Muslims for very long I am sure you have heard at least one Muslim background believer tell you that he had some sort of miraculous encounter with God whether audible as he was awake, visual while he slept, or some miraculous event. I have heard story after story from believers around the Muslim world. Close to half of the believers in our churches have a testimony that includes one of those elements. Let me give you a few examples:

Ghali– I gave a NT to this man 3 years ago. He told me of an event that had happened 30 years previously when he saw a lady pray to Jesus and her prayer was answered. Though he had not heard the Gospel he already believed in the power of Jesus. He is a baptized member of one of the churches. An answered prayer.

Suffian– This fellow is pastoring one of the house churches here. I met him before he was a believer and have trained him for 5 years. He tells in his testimony of a dream where he heard Jesus rebuked him for not following him. A dream.

Rachid– He is the first Muslim I ever “led to Christ”. He found a booklet about the prophet Isa (Jesus) and saw how he had the power to heal. He asked for healing for his sick son. When his son was healed he determined to know more about Isa and that is how I met him. A miracle.

Suffian #2– One of the members of the church here gave him a NT 8 months ago. He argued with us and defended Islam even attempting to bring some of the believers back to Islam for months. He told us that he had  three dreams over the past two months. Jesus was in one of them and the other two involved someone telling him to trust in the Bible. He has a three week old faith now. A dream.

Shafi– This guy is a Pakinstani believer who believed in Christ after he had been debating with some Baptists at a home Bible study. He says he heard an audible voice telling him: “Jesus is God”. A miraculous voice.

These are only some of the examples. I could tell you at least another 10 stories that I have heard personally including believers from Afghanistan to Saudi Arabia to North Africa. We may feel uncomfortable with this trend but we cannot deny that it is an experience that the testifying believer feels is very real. So what do we do with this?

Whenever I hear one of these stories I remember that there are a number of possibilities:

1. The Bad Meatloaf Option- The guy had some bad meatloaf and his subconscious went crazy. In other words, it wasn’t a direct, irregular, miraculous, godly dream. I, personally, have these dreams all the time. I struggle with fear in my mind so I find that the majority of my dreams are of persecution. I dream of the police busting into my house or our church. On many occasions I have been tempted to stop a church service, relocate Bibles hidden in my house, or warn some of the believer. Every time I have resisted that urge knowing that my mind is overactive. None of my dreams have come true. This is the best way to know if it was bad meatloaf: did the dream come true? If I hear a guy had a dream or vision and I never hear from him again I am going to assume this option.

2. The Natural Phenomena Option- A natural phenomena is something that appears to be a miracle (or an extra-ordinary act of God) though it really has a scientific explanation that proves that it is natural and part of God’s providential works and not his miraculous work. An aurora, or the Northern Lights, would appear to be a message to you from some deity if you were more superstitious though we now know that there is a very natural explanation for how God has created this situation to occur.

I would like to combine your scientific mind with your knowledge of the miraculous God for a second to suggest to you that God may in fact be using the culture of the Middle Eastern people to bring them to faith. That is to say, Eastern people give greater importance to dreams. It is their culture. I have, on the other hand, never had a dream that I think had any real meaning. I believe that God can use the Eastern mind giving more importance to dreams to cause them to consider Christ in the same way he is using a Western mind to consider the logic of Christ. If He can use signs for the Jew and wisdom for the Greek, He can definitely use the natural phenomenom of dreams to bring the Muslim to faith. Most often what happens is that the believer has a God given conscience that is already being convicted by the Holy Spirit. When he sleeps he dreams about what the Holy Spirit was doing in his heart while he was awake.

3. The Extra-ordinary Work of God Option- This is the easiest because it is what the testifier is telling you. This is the option where God really did give a dream, vision, or miracle. I will talk more in the article about how I am still a cessasionist  while believing that God can work miracles. Understand that God has been known to do miracles to cause His Word to grow in places where there is so little Gospel and where there is so much opposition to the Gospel. Fortunately it is not my job to identify or reproduce the works of God but to preach the previously revealed Word of God.

I think in all of the cases above mentioned in #1 I have not decided which option to go with. I think that I don’t need to decide. It will all be revealed in the end.

The commonality of these dreams and such have become the impetus of a whole method of church planting in the Muslim world. Check out this website created just for the purpose of fishing for people who have had these dreams. This article credits dreams and visions to being a huge part of why we have seen more Muslims come to Christ in the last two decades than in all of history combined. He tells exciting stories of triple digit church plants and 5 digit baptism counts.

Here where I serve have an American friend who leads a large team here and in other countries who are looking for people that have had dreams. He and his team ask Muslims as a method for evangelism, “Have you ever had a dream of a prophet dressed in white?” They are trying to find these dreamers to lead them to Christ and plant churches.

While I love these brothers (who are mostly charismatic in their leanings) I don’t put this same emphasis on dreams, visions, and miracles. I believe there is a better, more biblical, more time-tested way to do evangelism, discipleship, and church planting.

#4. Exalt the Word, Minimize the Dream

My method of ministry is to preach the Word and focus on the Word. Whenever I hear a testimony where a new brother explains to us a dream I will always say two things: #1 Praise the Lord! and #2. but don’t trust in that dream or vision. Ground your faith in the Word.

So basically, when Suffian told us his testimony in the Bible study of how he had had dreams of Christ and come to faith it ended up being a brief pause from the study of the Word. We all looked up from our Bibles and then back to our Bibles when he was done.

Here are some basic reasons that I do this:

1. The method of preaching is the only biblical method that crosses cultures and centuries. Check out what Paul said, “For after that in the wisdom of God the world by wisdom knew not God, it pleased God by the foolishness of preaching to save them that believe.  For the Jews require a sign, and the Greeks seek after wisdom:  But we preach Christ crucified, unto the Jews a stumblingblock, and unto the Greeks foolishness.” (1 Cor. 1:21-23) Preaching the Word grounds us from chasing after the cultures of men to provide for them signs, wisdom, or dreams. We have one responsibility biblically: preach the Word.

2. The method of preaching has preceded the work of dreams, visions, and miracles in every case. This is what makes me a cessationist. In every credible story I have ever heard, the dreamer or visionary was dreaming about what he had heard preached to him. That message was already weighing heavily on his conscious when his subconscious caused him to dream of it. If I believe that Jesus came to someone in a vision before he heard of the name or person of Jesus then it would need to be a special revelation. I believe that the unbeliever of a Muslim background is feeling the drawing of the Spirit when he is awake and he feels it and sees it when he is asleep. I felt this same conviction as an unbeliever. It was miraculous as it is in every believer who is born of the Spirit of God.

3. The method of preaching will cause a new believer to be strong in his faith. Dreams, visions, and miracles, if given emphasis, make for a very weak, uneducated faith. We must keep them how we get them. If you get converts by offering them rice, you do know what happens when the rice runs out, right? So what do you think will happen to dreamers when they have a different dream? Or when they cease to dream? I will not pray and ask God for dreams and visions. I will pray and ask God that his Word would have free course and be glorified.

“Finally, brethren, pray for us, that the word of the Lord may have free course, and be glorified, even as it is with you.” (2 Thess. 3:1)

What do you think? Do you have some story you’d like me to share on this blog?

This entry was posted in Culture, Islam, Ministry, Missions and tagged featured. Bookmark the permalink.