What sayest thou? Is Mohammed a prophet? 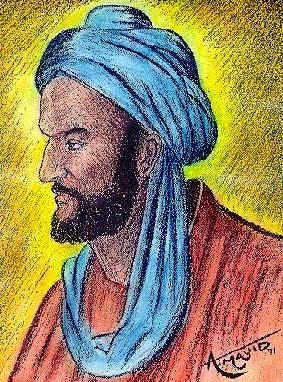 This question posed to the typical Westerner has an easy answer: no…for many reasons. However, for the Christian who is a missionary at heart trying to bring Muslims to Christ the simple answer of “no” closes the door to the Muslim’s heart and mind. The Muslim will immediately judge the Christian as a “kafar” (infidel) and unbeliever in God and his prophet.

To help you better understand, it would be like going to your closest family or friend who is Catholic and telling them, “You know that the Pope is really a wicked idolator who is deceiving you and a sixth of the earth’s population, right?” Of course this is true but not very useful for evangelistic purposes.

My friend Said was confronted by this question a couple days ago. We were in a heated debate with about five or six Muslims present, one I had tried to witness to. Of them all, one was belligerent and asked Said the big question in a loud accusatory voice, “Just tell me one thing…do you believe in Mohammed the prophet?” A positive answer would make Said’s witness void for he would then be a Muslim. A negative answer would bring the law against him since nothing angers a Muslim like criticizing their beloved prophet (hence the killings after the cartoons in Denmark). Anytime that Said answers in the negative, this could be used against him before a judge and he could be accused of attacking Islam.

Jesus face similar questions by spies of the Pharisees in Luke chapter 20. They asked him, “Should we pay taxes to Cesar?” and “By what power do you do these things? Who has given you this authority?” These were questions meant to be traps. A simple answer either in the positive or negative would have spelled disaster. Jesus wisely answered with either a question (in the case when they questioned his authority) or a logical illustration to defuse the heat of the question (in the question of taxes).

Yesterday I was talking to my mechanic Khalid over lunch and telling him how Christian pray. He had a very typical question: “Do you believe in Mohammed?” His was not a question to cause anger in others or to have reason to bring me before a judge for criticizing Islam, rather he was confused by my apparent piety and wanted to put me into a box: believer or nonbeliever. He had learned that the way to do this was determining what the subject thinks about Mohammed, the seal of the prophets (in popular opinion).

So my response, which I would like to encourage as an example, was this:

“Yes. Exactly. Let’s look at what truths God taught us through Adam and move forward. When we get to the end, I would be glad to tell you just what I think about the last prophet.”

Khalid thought that made sense and we began by opening up the Bible to the book of Genesis. From there I explained to him in rather short form how Christ is the fulfillment of the prophecies and the answer to the sin problem present since Adam. I explained how Christ was the Word made flesh and how he fulfilled every need we have always had. By the end, Khalid had forgotten his question about Mohammed being confounded by so many things he had never considered before using both the Holy Scriptures, logic, and his own conscience as his guide. We left that lunch with Khalid not thinking that I was an unbeliever though he still didn’t know my opinion on Mohammed. Later he will know.

As a side note, I have known Catholics who have come to Christ and have not removed the picture of the Pope from their home until a couple of years later. The point is that neither Mohammed nor the Pope is the key figure for us to understand. We must point to Christ and avoid with wisdom a question that would cut off our witness to 1.5 billion Muslims